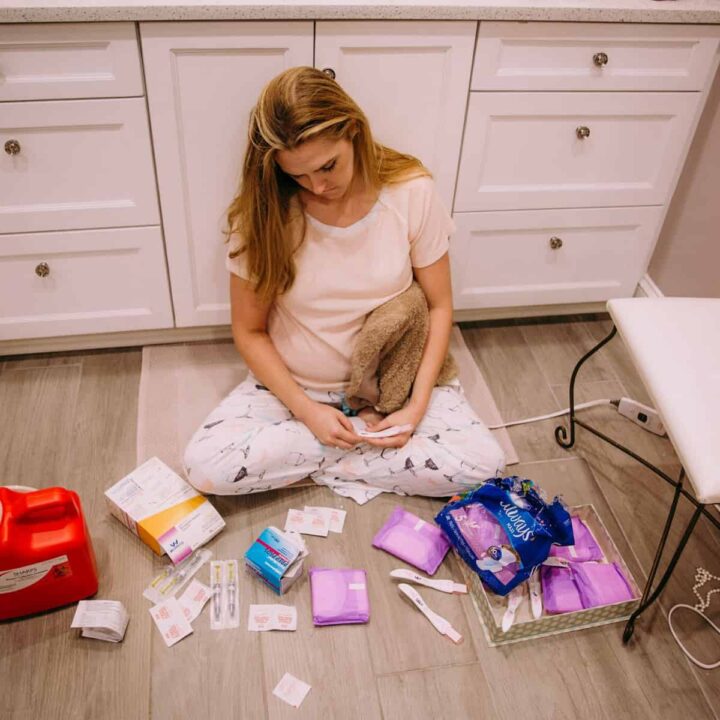 Miscarriage is a heartbreaking experience, and everyone reacts differently to it. Some women feel completely devastated and helpless, while others are able to take the event and eventually move on. No matter how you feel, it’s important to remember that miscarriage is a common occurrence, and it shouldn’t be something that surprises you.

While most women experience bleeding and/or cramping while having a miscarriage, a missed miscarriage is when the fetal simply dies but is not expelled from the body. This can be extremely shocking to the patient who was not aware of any problems in her pregnancy and can be difficult to overcome on an emotional level.

Miscarriages are difficult at any time. Whether the woman who was pregnant discovers she’s had a chemical pregnancy, a blighted ovum, a missed miscarriage or a miscarriage that occurred as most do, with accompanying bleeding and cramping and a lot of waiting, it’s going to be a traumatic experience that will take some getting over.

When a woman experiences a missed miscarriage or any other type of pregnancy loss, she needs care, rest, moral support and reassurance. When the majority of women become pregnant, they instantly become attached to the life within them and that loss is as grievous as losing someone that you have already met and loved. There are support groups and books on this subject that can help a couple work through the associated emotions.

It’s important to realize that miscarriages, including missed miscarriages occur more often than you might think. General statistics indicate that one in five pregnancies ends in miscarriage through no fault of anyone. A miscarriage is most often due to the embryo being unviable due to chromosomal defects. While the pain and loss associated with miscarriage makes it feel anything but common, it truly is part of life for many women and most of the women that have to suffer this loss do still go on to have successful pregnancies.

When a woman has recurrent miscarriages such as three or more, a doctor will more closely examine the reason for this. It could be due to uterine problems within the woman or other medical reasons that might be able to be worked on. While miscarriage can be an extremely difficult and frustrating thing to deal with, there are specialists that can help couples successfully succeed in many cases.

Missed Miscarriage is a heartbreaking experience. It can leave you feeling confused, lost, and even suicidal. However, by sharing your story and reaching out for support, you can begin to heal and move on. Writing about your Missed miscarriage is one of the best ways to cope with the trauma and help others who are going through the same experience. Reach out to us if you want to share your story or need someone to talk to!

What are the side effects of a missed miscarriage?

How long can a missed miscarriage stay in you?

What happens if a missed miscarriage goes untreated?

However, the body occasionally has problems passing the tissue, and the miscarriage stays incomplete until the woman seeks medical help. Incomplete miscarriages can result in very strong bleeding, persistent bleeding, or infection if the tissue isn’t removed.