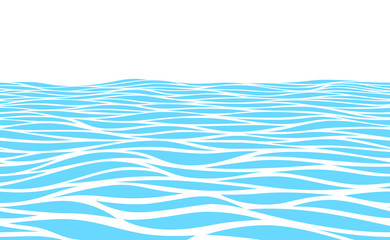 It is fascinating to study the multiple forms of folklore that has sprung up over the generations in relation to body functions. Pregnancy has always been a target for old wives’ tales and myths. The interesting thing is that many of these stories are at least in part, based in truth. Take for example the myth surrounding getting pregnant in water. On one hand, stories circulate that it is more likely to get pregnant while in water, even without actual intercourse because the little sperm guys are notoriously good swimmers. The other school of thought is that water dilutes the semen to such a degree as to make pregnancy impossible. With these myths, as with all others, the truth lies somewhere in the middle.

It is possible to get pregnant while in the water. It isn’t recommended as a method to increase your chances however. Even with boring old missionary position, chances aren’t 100% anyway. Add in to that sperm are sensitive to water temperature and any chemicals in the hot tub, pool, whatever body of water is in question and the likelihood of pregnancy is dramatically decreased. Using this technique as an aid for getting pregnant in water probably won’t be beneficial in the quest for a bundle of joy. It’s something to keep in mind.

For anyone thinking that the above paragraph indicates that water is an effective birth control option be warned. All the sperm has to do to fertilize an egg is come in contact with the vagina or even the vulva. If it manages to make its way to the finish line and the woman is ovulating then pregnancy can occur. While virgin births are rare, in this case it isn’t impossible. To be honest, this is unlikely at best. Odds are better for winning the lottery, making peace with your mother in law, and deciding you actually like your sister to happen all on the same day. Still, to be on the safe side, use a condom or some other form of birth control if the two of you decide to spice things up in the water. Try explaining getting pregnant in water to your family and friends.