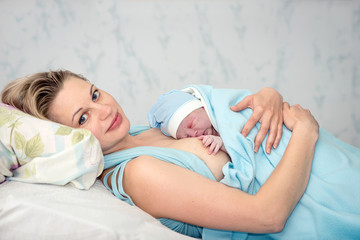 A young girl is usually filled with so many dreams. She dreams of a grown-up life, what her Prince Charming will be and she looks forward to walking down the aisle towards the man she will share forever with. She dreams of her own house and her own kids. She thinks of how many children she wants to have and what they will look like. Does she want boys or girls? She thinks of baby names and more. All these amusing and delightful things can keep on running inside the pretty mind of a girl. But never she will think of her becoming a birth mother.

Serious reasons unknown to the public or even to adoptive parents and the adopted child could motivated a birth mother to painfully give up her baby for adoption. Typically, very young ladies mostly opted for adoption especially as the result of unwanted pregnancies. Young girls who get themselves pregnant and still in school either chose abortion or adoption. This also proves true to unmarried women who got pregnant and could not face the shame and ridicules of the society. Furthermore, poverty is one main reason for a birth mother to disown the precious bundle she carried on for nine months, in the hope of providing a better life for her son or daughter.

However, sometimes fate has a funny way of catching up on you. Like birth mothers giving up their baby thinking it was the best for their little one, only to turn out as a big mistake. It is more agonizing to realize that giving up your baby is a complete mistake and that getting him or her back is far from being possible. For some, it works out fine. But there are birth mothers out there, living in distraught just because of one decision.

Adoption does not only deals with birth mothers or birth parents or adoptive parents. Most important part is on the adopted child. How do you think a child will feel when he or she finds out that the parents he or she grows up with are not the real ones? These adoptive parents are not even related to him or her. Despite the raging popularity of adoption, no one and nothing can erase the unspoken bond between a child and his or her birth mother. For no matter where the child will end up with or in what age he or she is, when he or she learns that he or she is adopted, always the adopted child will find a way back towards his or her birth mother.