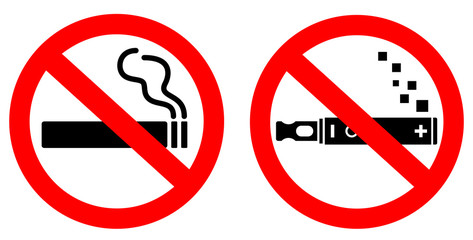 Smoking and breastfeeding are bad for mom and baby, because both will suffer the ill effects of the toxins and poisons contained in cigarettes. Even though the truth about smoking has been known for many years, many women continue to smoke during pregnancy and while they are breastfeeding. In fact, some women smoke during breastfeeding.

Smoking and breastfeeding is a dangerous practice that nursing mothers should avoid. The risk to the baby is compounded if the mother smokes more than 20 cigarettes per day. However, the more cigarettes a woman smokes, the more harmful the effects are to her baby.

For some nursing mothers, heavy smoking can  reduce a mother’s supply and on rare occasions can cause symptoms in the breastfeeding baby, including nausea, vomiting, abdominal cramps, and diarrhea.

The half-life of the nicotine, the amount of time it takes for half the nicotine to be eliminated from the body, is ninety-five minutes. A nursing mother should nurse within an hour and a half of smoking a cigarette.

When it comes to  breastfeeding and smoking maternal smoking has been linked to early weaning, lowered milk production, and inhibition of the milk ejection or the let down reflex. It can also lower prolactin levels in the blood. Mothers who smoke have higher metabolic rates and may be leaner than non-smoking mothers.

Mothers who enjoy breastfeeding and smoking may cause their infants to be fussier than infants whose mothers do not smoke. These babies may even be colicky.

Whether or not a mother is breastfeeding and smoking, a baby should not be exposed to second hand smoke from people who are smoking cigarettes around him or her. Breathing second hand smoke poses health hazards, including respiratory illness, stunted development and Sudden Infant Death Syndrome or SIDS.

While most people are aware of the health risks associated with cigarette smoking, including the development of lung, lip, mouth and tongue cancer, many people continue to smoke and allow others to smoke around them.