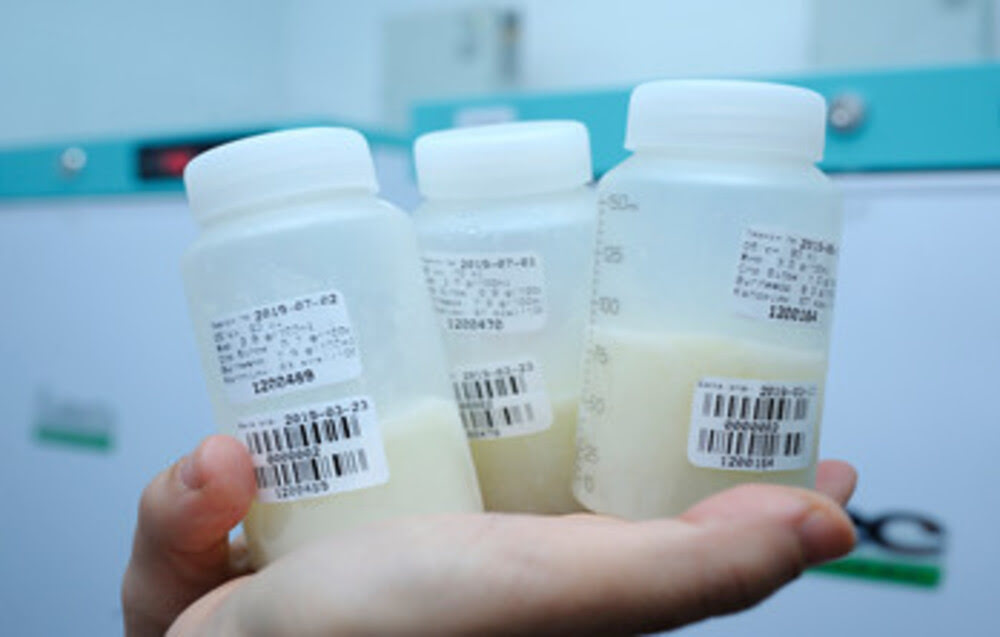 If you’ve every been pregnant or if you are pregnant now, you’ve probably noticed a metamorphisis in your bra cups. The physical changes (tender, swollen breasts) may be one of the earliest clues that you have conceived. Many experts believe that the color change in the areola may also be helpful when it comes to breast milk feeding.

What’s going on
Perhaps what’s even more remarkable than visible changes is the extensive changes that are taking place inside of your breasts. The developing placenta stimulates the release of estrogen and progesterone, which will in turn stimulate the complex biological system that helps to make lactation possible.

Before you get pregnant, a combination of supportive tissue, milk glands, and fat make up the larger portions of your breats. The fact is, your newly swollen breasts have been preparing for your pregnancy since you were in your mother’s womb!

When you were born, your main milk ducts had already formed. Your mammary glands stayed quiet until you reached puberty, when a flood of the female hormone estrogen caused them to grow and also to swell. During pregnancy, those glands will kick into high gear.

Before your baby arrives, glandular tissue has replaced a majority of the fat cells and accounts for your bigger than before breasts. Each breast may actually get as much as 1 1/2 pounds heavier than before!

Nestled among the fatty cells and glandular tissue is an intricate network of channels or canals known as the milk ducts. The pregnancy hormones will cause these ducts to increase in both number and size, with the ducts branching off into smaller canals near the chest wall known as ductules.

The milk is produced inside of the alveoli, which is surrounded by tiny muscles that squeeze the glands and help to push the milk out into the ductules. Those ductules will lead to a bigger duct that widens into a milk pool directly below the areola.

The milk pools will act as resevoirs that hold the milk until your baby sucks it through the tiny openings in your nipples.

Mother Nature is so smart that your milk duct system will become fully developed around the time of your second trimester, so you can properly breast feed your baby even if he or she arrives earlier than you are anticipating.